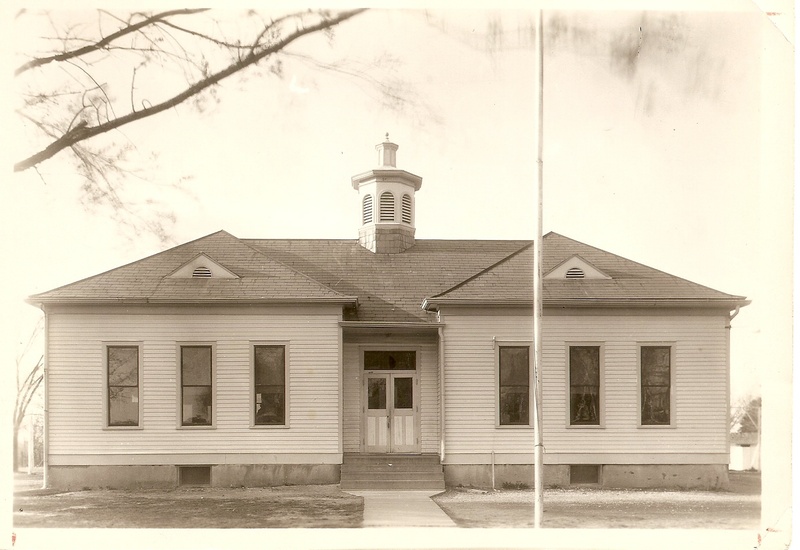 So successful was the first term of school that a decision was reached by the Board of Education to submit a proposition to vote bonds for an addition of two rooms to the grade school building in 1923.  The bond issue at regular election however failed to obtain the two-thirds majority vote.  A special election was called in April and the bond issue for $3,500 carried by a large majority.  A contract was let and building began.

Credit must be given to the superintendent, L.F. Gooch, for being instrumental in building a first class high school.  Prof. Gooch worked untiringly for the school's welfare as had his predecessors, and enough tuition students were secured to guarantee salaries of additional teachers.  The first graduating class with nineteen members was presented in May, 1931, a proud day for Wright City.

We feel confident that Wright City High will go on to greater things.

Continued progress has been the history of Wright City High.  Although measured by the span of time for other schools its life has been short, the record of achievement is one to be proud of and perhaps not excelled by any other high school of like enrollment in this state.  It is a story of progress through co-operation of patrons, teachers, and students.

For several years prior to 1922, O.P. Browning, superintendent of the grade school, which employed but two teachers, had taught the ninth grade.  Unapproved by the State Dept. of Education, students who had taken the work were allowed to submit to an examination and having passed a satisfactory test were admitted to the tenth grade work.  In 1922, patrons of the school and the Board of Education, with William Heidtman as president and J.H. Stegen as secretary, decided to establish a third class high school, the ninth and tenth grades to be taught.  O.E. Kettlekamp was employed at a salary of $150 a month.

No building being available, the city hall was tendered for high school purposes, no rental being charged.  The room was equipped, and books purchased by the students.  In September, 1922, the first high school, which later was approved by William Dillon, representing the State Dept., opened with Forest Strathman, Richard Koopman, Wayne Stoff, Gladys Nieburg and Arline Astroth enrolled as students.